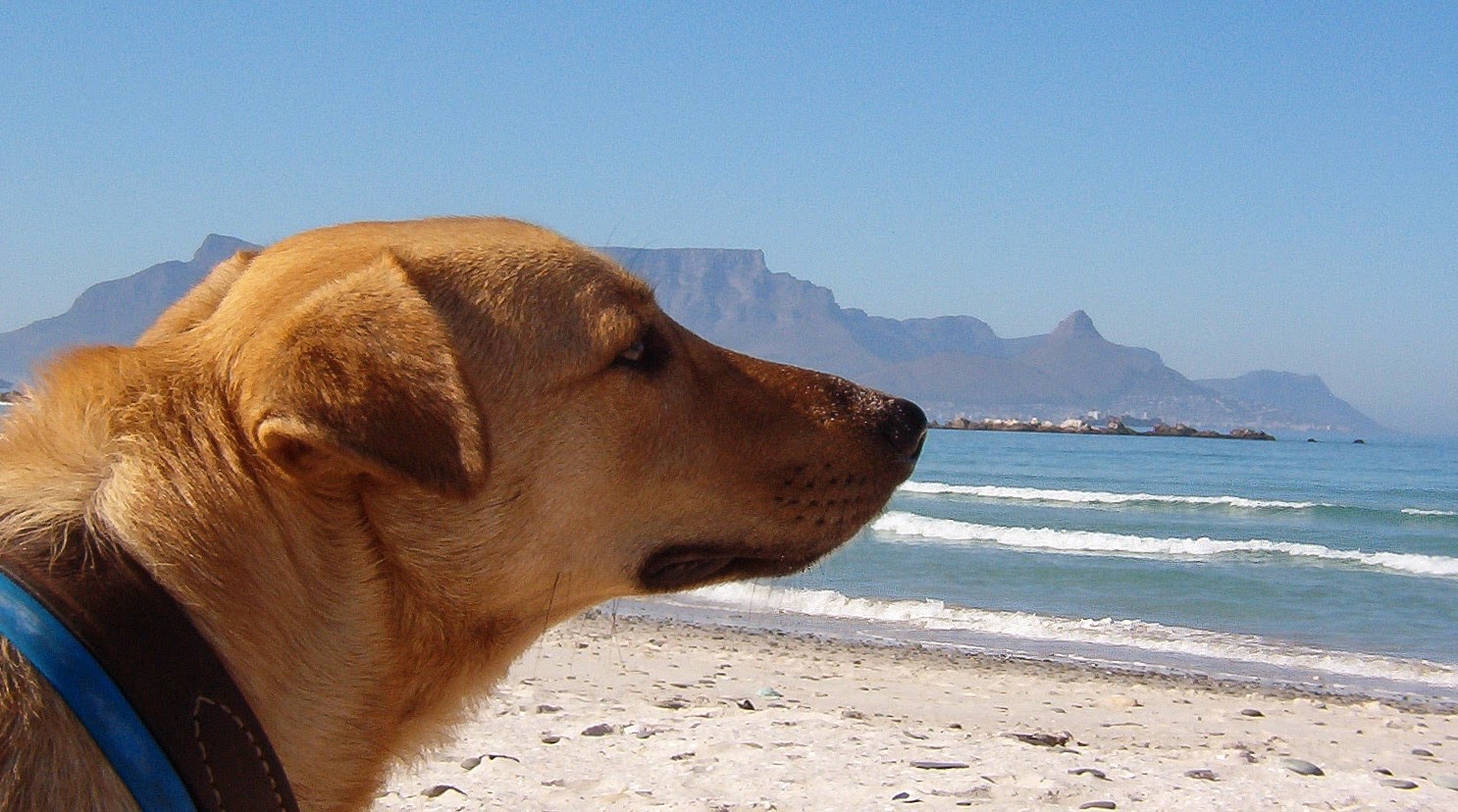 A blog for dogs who take their owners on daily WALKIES.


I, Onesock Dog, was born in a Cape Town squatter-camp.
My first daddy put me in a P&P plastic bag and tried to sell me, at the traffic lights on Blaauwberg rd., for booze money.
BAT (The Blaauwberg Animal Trust) and My New Daddy saved on me on New Year’s Eve 2005.

Thanks Daddy for not letting me become a Pit-bull- practice has-been.

Life through the eyes of a dog called OneSock

THROUGH THE EYES OF YOUR DOG

Baby and puppy photos are so cute. 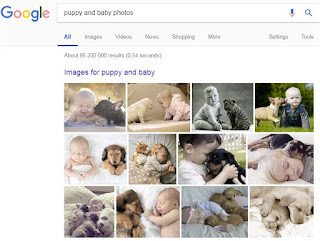 I am often guilty of sharing and liking them because I adore baby things – human or otherwise.    One cannot help to like or share them, but something was always scratching in the back of my mind.    As a retired Paediatric Nurse, I cannot ignore the dangers and discomforts such contact poses to small children and especially to babies.   Babies still have immature immune systems.  They get much of their immune boost through breastfeeding.   I say breastfeeding and not merely breast milk because love is one of the strongest immune boosters.   Loving cuddles are especially important for bottle fed babies – but that is not the subject under discussion.   In my young days, I worked at the casualty department at Red Cross in Rondebosch.  They even had an overflow ward in casualty for babies with gastro and diarrhoea because the ward was full. All of them on drips and many of them died.
When I worked at Addington in Durban intestinal parasite infestation was so common that one British sister went around and gave all the children that were admitted a complimentary dose of worm medication.   She meant well, but we had to put a stop to it because some children were just too ill for such oral treatment.
When I later worked at an overseas Paediatric intensive therapy word, I saw some of the worst horrors,  that diseases like rabies and dog bites can have on the little bodies of young children, again some died from it.
My advice is to keep babies’ faces away from animals.   Kissing them is out.  Keep them away from animal poo soil.   Teach children (and adults) to wash their hands after they handled animals.  Never put a dummy that fell on the floor back into a baby’s mouth without sterilizing it.
Children do develop a resistance to germs in their own homes, but as I mentioned before, small babies have immature immune systems.
The main types of diseases which people can pick up from dogs are rabies, salmonella, campylobacter, giardia, cryptosporidium, roundworm and ringworm.
FROM THE INTERNET
https://www.stanfordchildrens.org/en/topic/default?id=pets-and-infectious-diseases-in-children-90-P02534
How can you prevent the spread of infectious disease from your pet?
Proper care of your pet may prevent the spread of infection or illness to household members. To prevent the spread of disease from your pet, take the following precautions:
Keep your pet's immunizations current.
See a veterinarian regularly with your pet for health checkups.
Keep your pet's bedding and living area clean.
Feed your pet a balanced diet and avoid having your pet eat raw foods or drink out of the toilet.
Clean cat litter boxes every day. Pregnant women should avoid touching cat litter, because it may contain infectious diseases that cause birth defects, including toxoplasmosis.
Wash your hands thoroughly after touching animals or cleaning up animal waste. Your children should do the same.
Washing hands is especially important after handling reptiles, because reptiles may harbour bacteria called salmonella. Salmonella can cause salmonellosis, characterized by up to a week of diarrhoea, fever, and abdominal cramps. Most people who contract salmonella will have symptoms that last from four to seven days and will recover without treatment.
https://www.petsbest.com/blog/top-5-diseases-you-can-catch-from-your-dog/

Posted by rosalie at 5:11 AM No comments:

Labels: Stupid things we do to our pets

HUNTERS KILL FOR FUN OR SPORT. 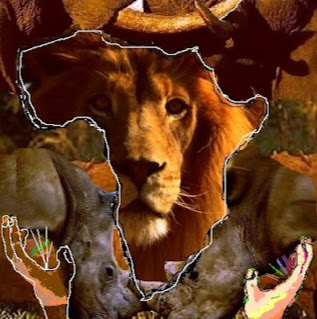 How can people be so soulless to kill animals for pleasure and see the light in their animal eyes forever gone?
We often: ‘Why does a loving God allow this or that tragedy?’   Perhaps the answer is very obvious.   People who play God create their own destinies.

Labels: HUNTERS KILL ANIMALS FOR FUN OR SPORT, Society for the Prevention of Cruelty to Animals, soul 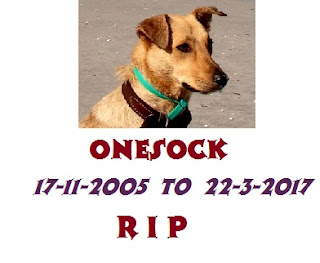 Should dogs live inside or outside?

This is a reprint of a previously submitted article by Mr. Fassman the president of the Blaauwberg Animal Trust at the time.


Should dogs live inside or outside?

Should dogs live inside or outside? By: Blaauwberg Animal Trust
“I am looking for an outside dog!” This is a statement heard over and over again by adoption staff at Animal Welfare Organisations. Is this a new breed or a special breed or yet another misconception on dog’s behaviour by humans?
Dogs are pack animals and as such they not only need but also want to be in a social group. Dogs in the wild do not live outside in isolation; they form a pack, dig an underground den and live with the pack inside this den. ( Heaven help them if they try digging their own den in our well manicured gardens) To deprive a dog of their pack is seen by the dog as a punishment. If a member of the pack needs to be disciplined the pack leaders as a punishment chase them out of the den.
Now transfer this to a domestic dog. By making the dog live outside, separated from the family which is his pack, is seen by the dog as a punishment. This can lead to behavioural problems such as excessive barking (calling for the pack), boredom, which can lead to destructive behaviour, or separation anxiety. A dog that lives permanently in the backyard will get to know every square centimetre of that yard and soon become bored.
In fact, banishing him from the house for a short while can be used as a good training method, but not as a permanent way to live.
Many people believe that large dogs should live outside while small dogs live inside. (Where does this leave midsize dogs?) This is again a misconception, because small dogs think or behave the same as large dogs. Does a man who is 6ft 4ins think differently to a man who is only 5ft 7ins?
Many people believe that a dog outside is the best protection against burglars. Wrong again! If they are not allowed inside they do not recognise the house as part of their defended territory. Since dogs have no concept of property, they do not guard it, but they will protect packs and territory. But why should a dog protect a pack it is separated from? How many times have you read in the paper, “I don’t understand why we were burgled? My dogs were in the yard and did nothing!”
Also a barking dog can be a burglar’s best friend. If a dog living outside barks excessively, the owners inside soon become oblivious to the barking. The constant barking will irritate the neighbours but it can also mask any noise being made by the burglar. Poisoned meat or a knife can easily silence a barking dog!
A dogs hearing is vastly superior to that of a human. If allowed to sleep inside, they will hear any noise long before we do. They will start to bark or growl, hence sounding the alarm. The barking is a warning “ I am here and if you enter I will protect my pack”. If it is in the middle of the night a barking dog awakes the owners and the alarm is given. No burglar will risk entering a house with a dog barking inside as firstly the alarm has been raised and their presence is known, secondly they do not know how big or vicious that dog is and fear being attacked and possibly badly bitten.
If a dog is made to live outside they can be hesitant to protect their owners as the fear of punishment for crossing the threshold can be greater than the instinct to protect the pack leaders!
People often ask “But what about me being at work all day and leaving the dog outside?” This is quite different. The dog believes that the pack leaders are off hunting. This belief is reinforced when the owners return, as that is when they usually feed the dogs.
If he is allowed inside the house when the owners return home, he recognises it as part of his territory and will guard it.
Then there are shorthaired dogs like Boxers, Rottweilers or Staffies who, due to non-existing insulation, suffer badly in our cold and wet winters when left outside at night, even with a wooden kennel. One consequence of this would be the early onset of arthritis and rheumatism. Therefore, if you still insist on keeping your dog outside, please choose well-insulated, longhaired breeds like Huskies, German Shepherds or Border Collies.
To get the best from your dog as a companion and protector he should be treated as a member of the pack and allowed to share the packs den. 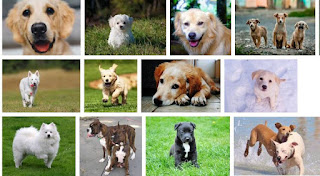 Posted by Animal World at 6:09 AM No comments:

Posted by OnesockDog at 2:28 PM No comments:

There is no privacy when there is a cat around - they look at you with disapproval it does not matter what you do. 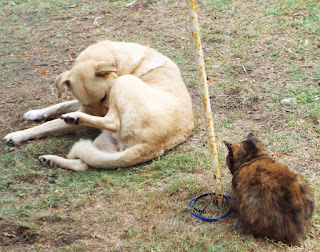 Posted by OnesockDog at 4:39 AM No comments:

ONESOCK  DOG      RIP
Have you ever tried to see the world through the eyes of your pets?
It can be great fun.   I created a twitter account for Wally's Dog and he had a great following of people who did just that/ 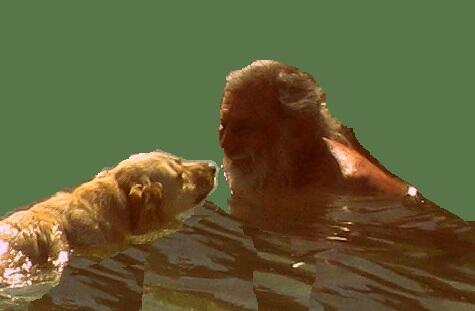 Onesock Dog
@OnesockDog
·
Jun 3, 2012
We walked the Agulhas maze (tidal pool wall) at sunrise. The view does not beat that of Table Mountain from Blouberg http://ozzyincapetown.blogspot.com

Onesock Dog
@OnesockDog
·
Jun 1, 2012
Yesterday daddy took photographs of two girls from the The big-autism-thing at the foot of Africa monument. https://twitter.com/#!/search/realtime/%23bigautismthing…
1

Onesock Dog
@OnesockDog
·
May 31, 2012
We went to Nostra in Struisbaai for a R20 breakfast again. Daddy gave me the bacon rind. Yam.

Onesock Dog
@OnesockDog
·
May 23, 2012
Hope, the turtle dove, visited the local pub. One of the waitresses kept her for two days but she flew away again.

Onesock Dog
@OnesockDog
·
May 22, 2012
Daddy goes fishing every day but I don't see the point of it he throws a string on a stick in the water and pulls it out then he goes home.

Onesock Dog
@OnesockDog
·
May 22, 2012
We moved to a new home and Hope-bird flew away and Amber cat now poops in the house.

Onesock Dog
@OnesockDog
·
Apr 1, 2012
The dove is now flying around the house. It works on my nerves

Posted by Rosalie at 2:47 PM No comments:

ABOUT THE OLD BLOG 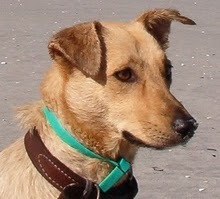